We will use a heavily saturated audio clip to detect saturated regions: 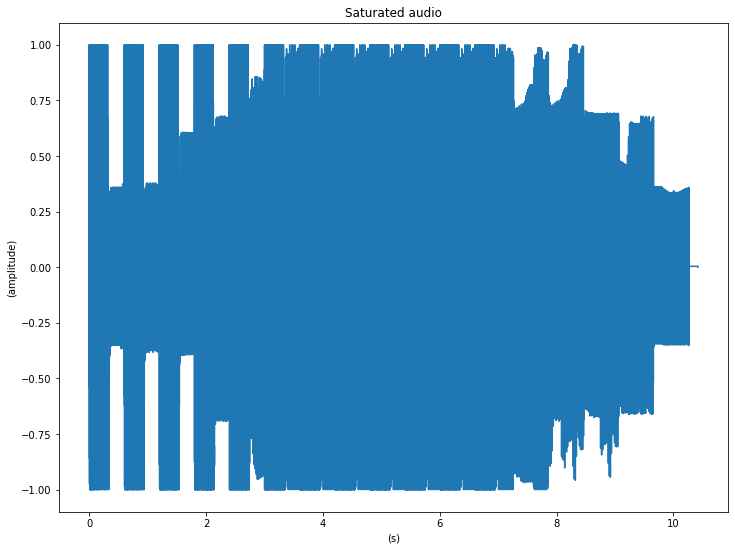 Note how the signal is heavily squashed close to the [-1, 1] areas.

Now let’s listen to it: